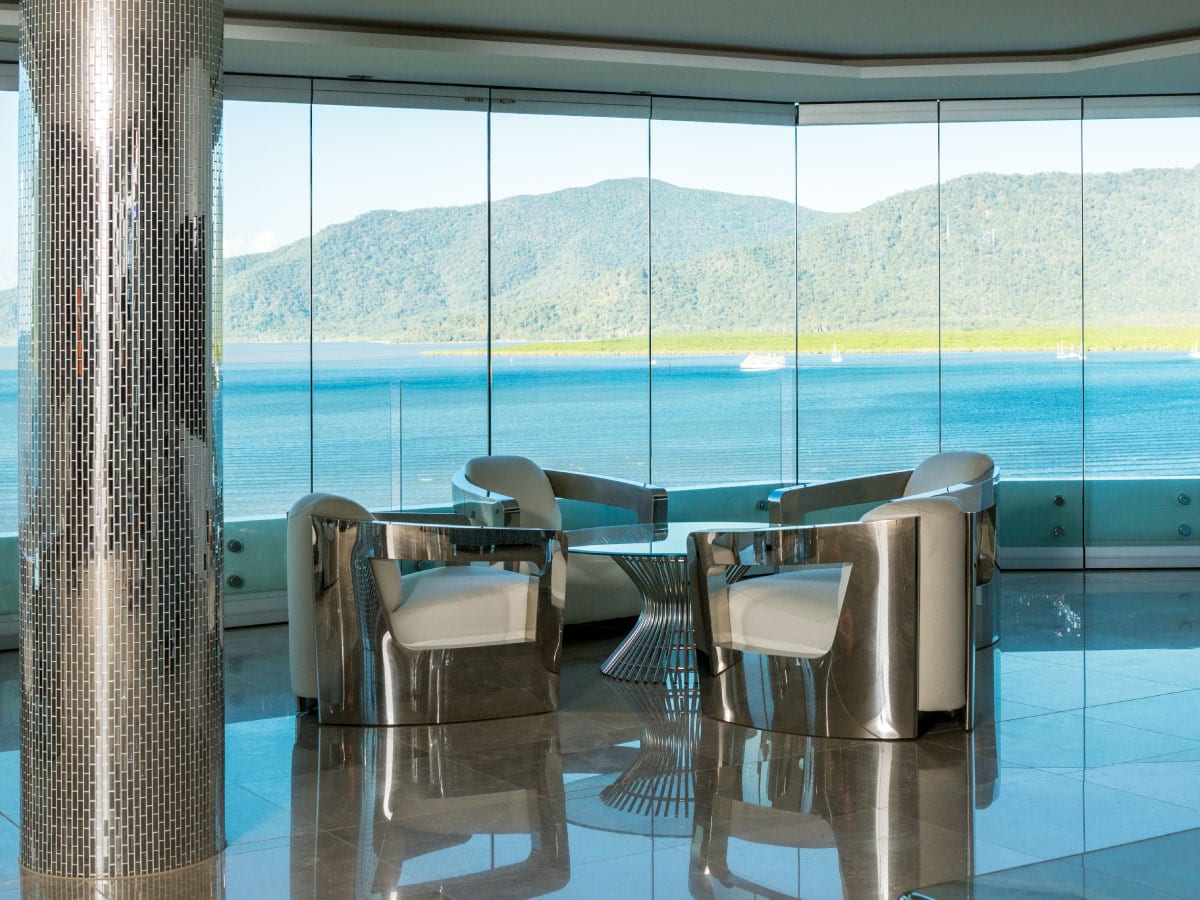 The project included complete demolition of all building elements including extensive structural augmentation stripping the façade and internal areas back to bare slab, columns and soffit. Over 180 Tons of material was removed largely via low impact means due to the works being complete in an occupied residential environment. The redevelopment of this apartment was unique in Cairns and included a cantilevered glass skypool over the southern aspect which required detailed analysis of the existing building structure and loads. The skypool is the only one of its type in North Qld. An existing swimming pool structure was completely removed to provision for the skypool. The major building elements were lifted the 50m via 200ton mobile crane lifts from both the rear car park of the complex and from the esplanade after part street closure, all lifts required Air Services Australia approval due to the flight path overlay. The apartment included a 9ton 13m long tropical saltwater aquarium, limestone floors and extensive use of stone slabs to the walls and internal and external water features